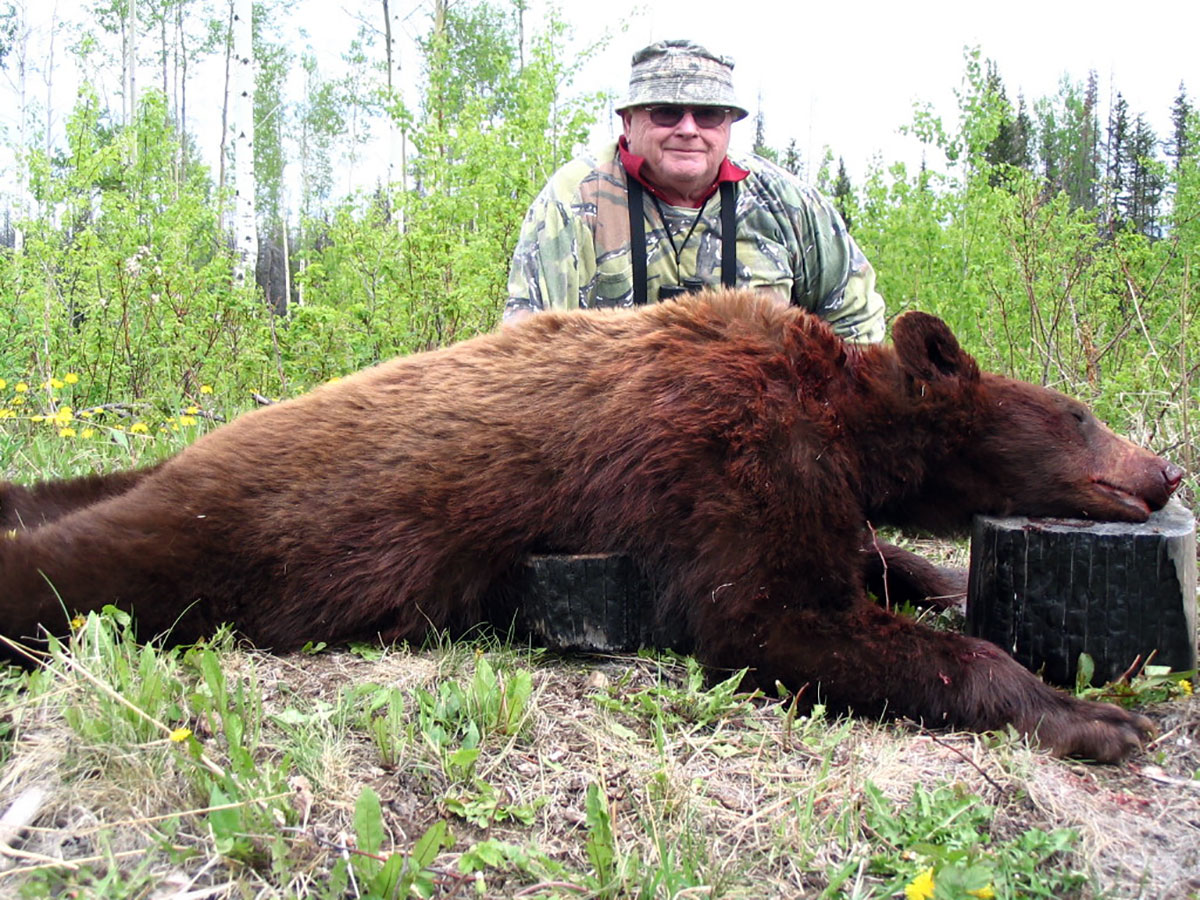 British Columbia is home to one of the highest population of black bears, as almost the entire province is deemed bear country. It is then easy to see why for hunters, black bears are one of the most sought after game in BC. If you’re finding that your knowledge of this animal is not up to par with other hunters, don’t worry, this post will offer a wealth of information and lingo for new BC black bear hunters.

Boar is the term given to a male black bear; female black bears are called sows. For new BC black bear hunters, distinguishing between genders can prove to be a difficult task.

Male black bears are characterized by their large size (in comparison to sows). An adult male will have a more thicker, muscled head, neck, and upper body. A boar’s head is wider, and more round shape than the female head. The ears of a male black bear are most commonly smaller than the ears of a sow.

Female black bears are leaner in size than their male counterparts. A female’s head is much more narrow, and their foreheads appear flatter. A female black bear’s ears will be bigger than male ears.

Note: There are some exceptions to these sizing rules. Juvenile bears of both genders will have larger ears for the first 2-3 years of their lives. As well, some sows will appear quite large in stature, and could be easily mistaken for a boar. However, the rules above will generally help you classify a bear according to gender, and are quite useful when trying to make a speedy determination.

If you’re able to spot a black bears underbelly and chest, then another way to differ between the genders is the presence of nipples. As typical with the mammal species, both genders have nipples. Male black bears have 2, while female black bears have 6. If the female is currently caring for cubs then the area around the nipple will be swollen, and be much easier to detect.

Hopefully this post has provided any new BC black bear hunters with a base knowledge of their target game. If you have any further questions regarding the animal, please contact us at your convenience.