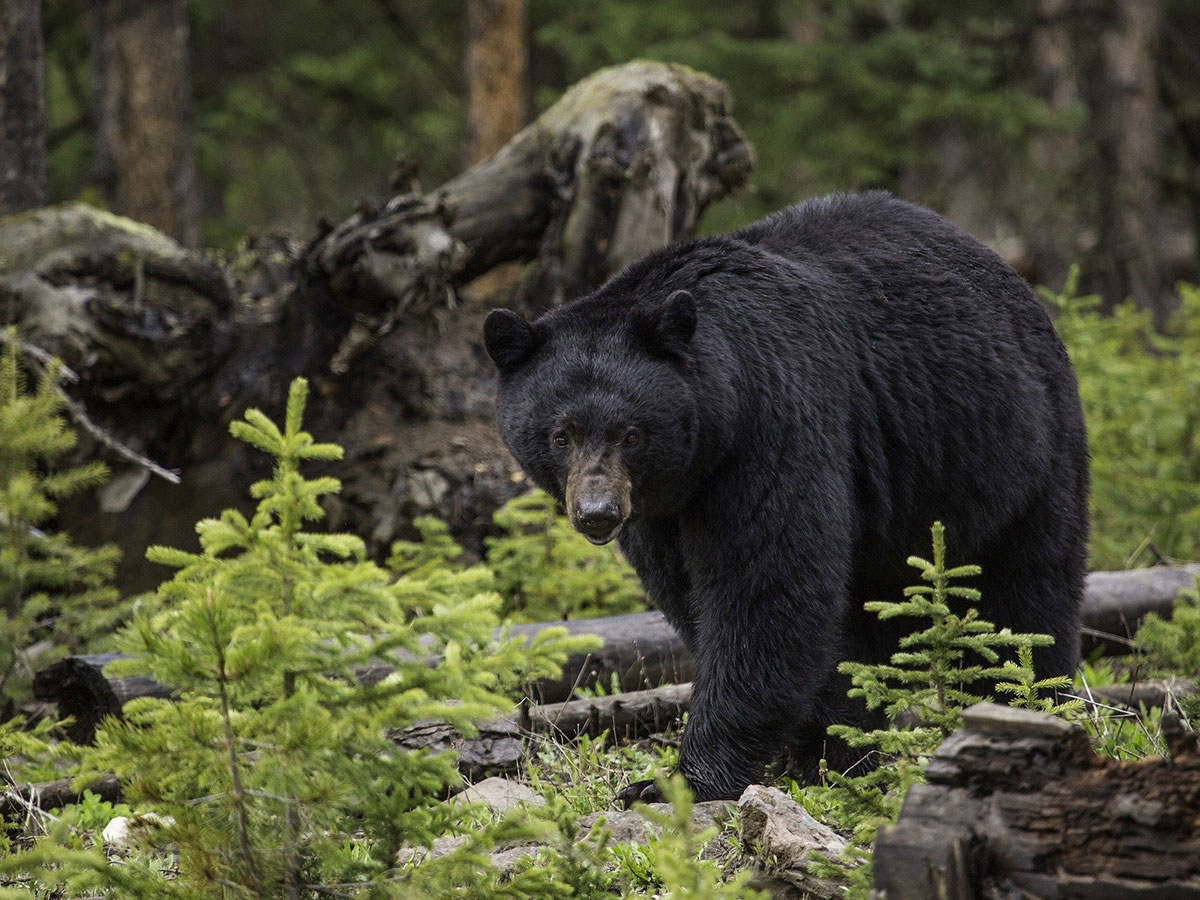 Your BC Black Bear Guide to Better Stealth

Skilled BC black bear hunters have the ability to move imperceptibly through natural terrain. Go unnoticed. Strike when least expected. Spot-and-stalk success is a heart-pounding experience that keeps hunters of all experience levels returning for our BC black bear guided hunts again and again.

Tagging a BC black bear is also an irresistible challenge because of their elusive nature. As predators, the only predictable thing about black bears is that they are unpredictable. With our spot and stalk guided hunts, there’s no waiting around. You move skillfully to your target. The satisfaction and sense of accomplishment is unforgettable.

Go scentless.
BC black bears possess a cunning sense of smell, and can track human scents from a remarkable distance. Go unnoticed by washing your clothing twice before your hunt (once with detergent, and again with plain water).Smokers should bring nicotine patches to curb cravings during their BC black bear hunted guide, as black bears are particularly sensitive to the distinct smell of tobacco. And leave scented colognes and soaps at home. You’re in bear country now!

Stalk from downwind.
Keep track of the wind direction to ensure that you remain undetected by black bears. Even the subtle early morning or late evening air currents can blow your cover. Stay downwind at all times.

Strategize movement.
Spot-and-stalk requires some strategic movement while in pursuit of a BC black bear:

Bring no-rustle clothing
Don’t jeopardize your proximity to a BC black bear with thumping boots and crinkly clothing that instantly alerts the animal of your presence. Test the texture of the clothing your plan to wear against trees and underbrush to see how much noise it makes. You’re more stealth with less sound.

Master patience.
Remain calm and composed when you spot your thick-coated prize. You must wait until the black bear is in a position where you can hit a major organ. No quick movements or hasty shots. You don’t want to spend the rest of the hunt tracking a gun-wounded black bear.

Conclusion
A BC black bear guided hunt is the perfect opportunity to test your stealth strength, and bring home a tag that gives you a sense of accomplishment unlike any other.

Put your stealth to the test this spring- click here to learn more about our BC bear guided hunt packages!