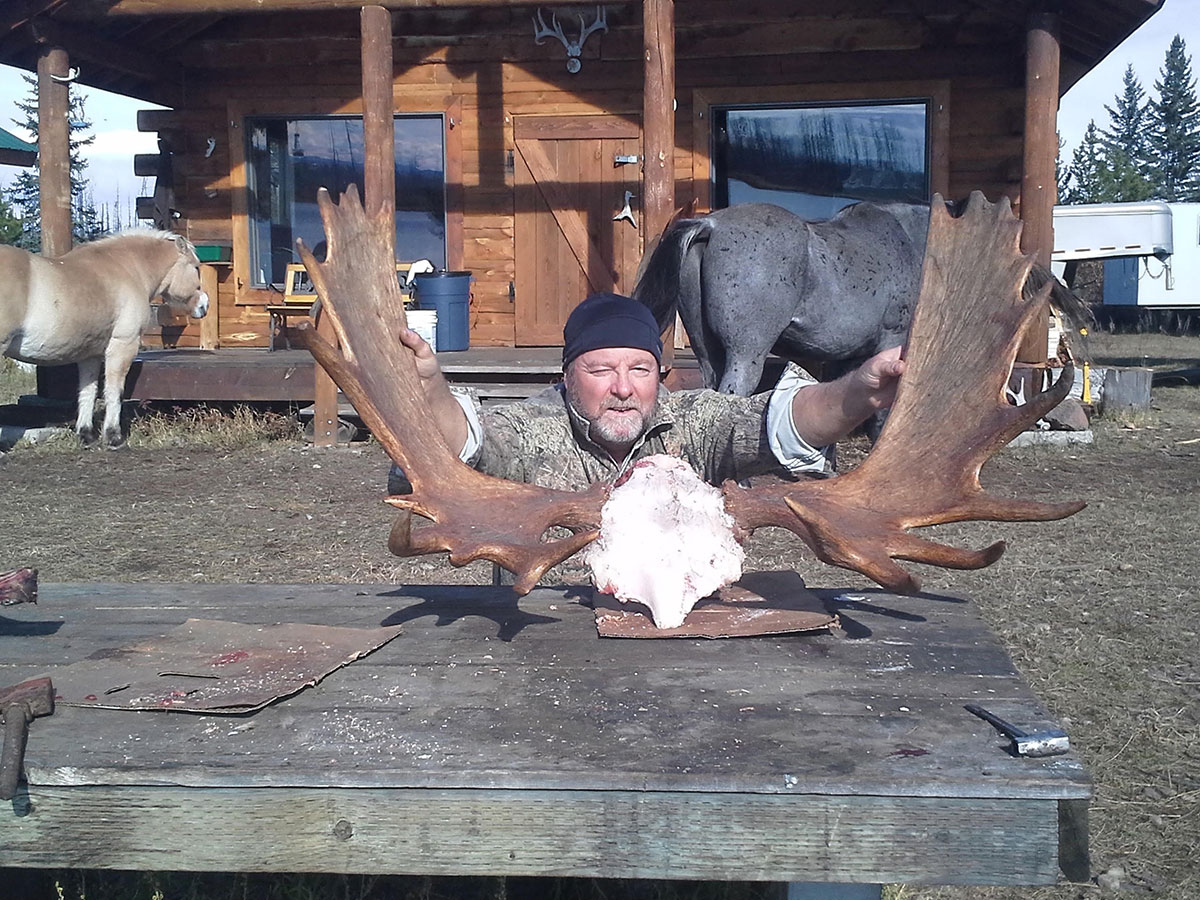 At Batnuni Lake Outfitters, our clients come with the expectation to experience exhilarating spot and stalk hunting in a diverse British Columbian terrain. They expect to fill their tag with robust moose, bear, lynx, or cougar. They expect to have an unforgettable BC hunt, and leave with meat. Lots of meat.

Some of our clients come also with the expectation to tag a trophy moose. The professional and experienced guides at Batnuni Lake Outfitters lead BC moose hunts with a 97.5% success rate, harvesting fifty-inch bulls throughout the prime rut season (from mid September to the end of October). These are impressive beasts for any sporting hunter to be proud to take home. But are they standardized trophies?

Trophy animals are not as easily appraised as you might think. The trophy standard was established in 1887 by a small group of concerned sportsmen who aimed to conserve diminishing big game in the American wild. The Boone and Crockett club operates to this day, maintaining an official measurement and scoring system for moose, pronghorn, black bear, and Rocky Mountain goat, amongst other big game animals.

The Boone and Crockett system is used for antlers, horns, and skulls, constituting the hunter’s “trophy” from the kill.

To assess whether your BC moose hunt antlers meet the minimum trophy score of 195, four measurements must be made:

You can input your BC moose antler measurements (made with a ¼ inch wide flexible steel tape) on the Boone and Crockett Club website (https://www.boone-crockett.org/online-scoring-calculator?area=bgRecords&type=Moose), and receive an instant calculation.

Trophy hunting has been a controversial pursuit since the 1970’s, when people started questioning its impact on wildlife conservation. In the eyes of some hunters, gauging the value of an animal by its horn, antler, or skull size diminishes the success of bringing meat home for family and friends.

Hunters must decide for themselves: how do I appraise the success of a hunt?

On a guided BC moose hunt with Batnuni Lake Outfitters, you can expect your guide to maximize your pursuit of success, however you choose to gauge it. Since the standardized measurement system makes it difficult for any outfitter to guarantee a trophy kill, hunters should prepare for a BC moose hunt that can offer so much more than a wall-hanger.

Learn more about what Batnuni Lake Outfitters has to offer for BC moose hunts. Success awaits every hunter, with the right attitude and realistic expectations.