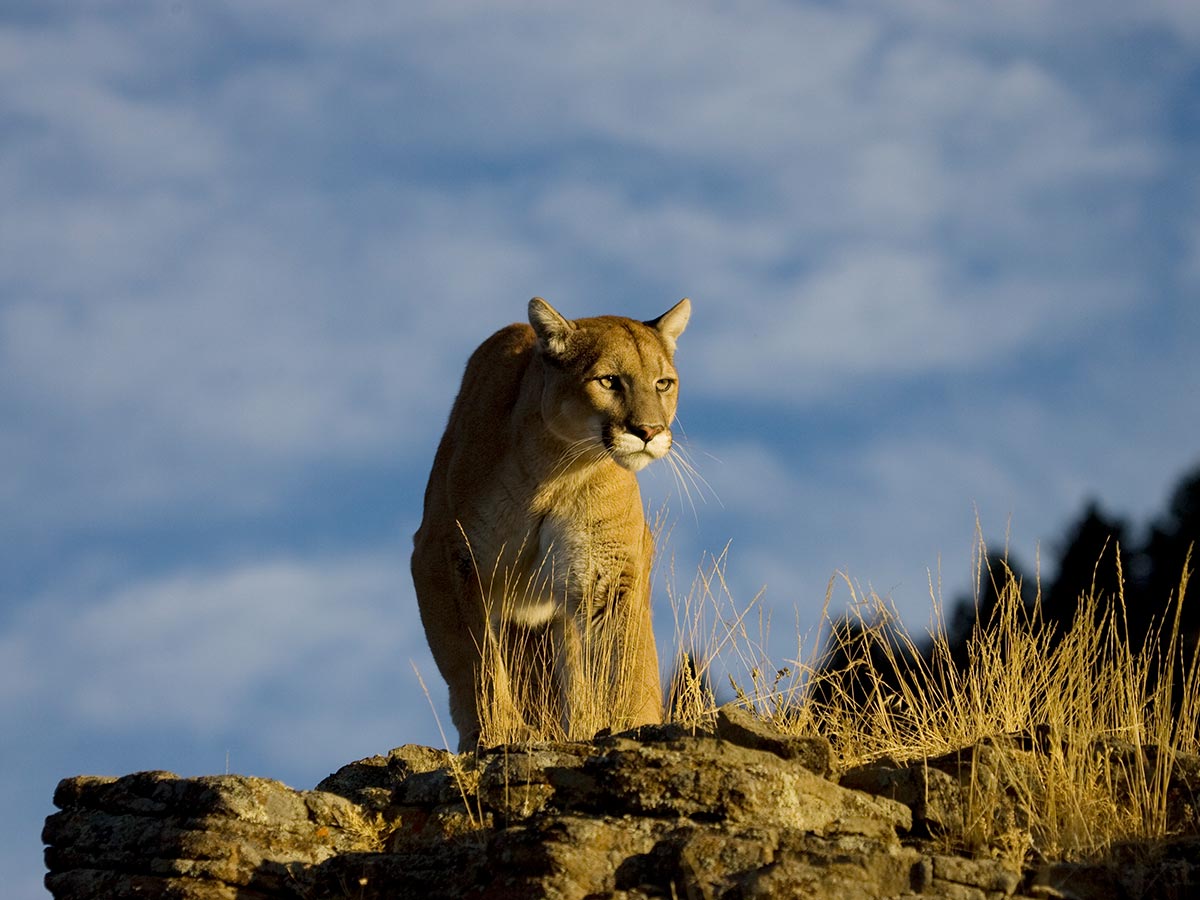 The Ecology of Cougars in BC

It’s important to respect the animals we hunt. A good way to foster such respect is through education and understanding of the animal’s origin, lifecycle, and habitat. Today’s post will be focused on the ecology of cougars, with a specific attention to cougars in BC (British Columbia, Canada).

Cougars (also known as pumas, mountain lions, catamounts, and Florida panthers) are a large cat species that evolved roughly 390,000 years ago in South America. Recent genetic assessment divides the current cougar population into 6 subspecies. These species are primarily located in mountainous regions of western America from BC to southern Argentina. Cougars belong to the felidae family of cats, and are classified as carnivores (Wainwright 2010).

Reaching across North America from the Pacific to the Atlantic, all the way south to the tip of Chile, Cougars cover the widest range of latitude than any other wild felid. Up until the 1800s, these cats maintained the widest distribution of all non-human terrestrial mammals in the western hemisphere (Wainwright 2010). During that time, extensive persecution and subsequent extirpations of cougars began. In North America today, cougars are primarily distributed within western Canada, western United States, Mexico, and Florida. In Canada, owing to extirpation in many parts of the country, the provinces of BC and Alberta are home to virtually the entire population of cougars. Although cougars in BC are at the northern extreme of the species distribution, cougars occur sporadically throughout other Canadian provinces and territories.

Cougars are known more as solitary animals, though notable exceptions can include mating pairs, females accompanying kittens, and subadult siblings travelling together. Cougar families consist of mothers and their kittens. Males are territorial, where in contrast females do not aggressively exclude others from their home ranges. Furthermore, females will often shift their home ranges to accommodate other related females. Adult males mate with females that live within their own home ranges. Female home ranges, which are generally smaller than males, become larger as the females and their kittens age.

Cougars are equipped with a highly sophisticated multi-sensory system of communication by which they maintain distance amongst themselves. Scent marking is one means of visual and chemical communication. These scrape sites function as an area where cougars can assess presence, reproductive status, and individual identity of other cougars. Cougars will urinate on scrape sites and mark them with scat. These sites are more commonly created by adult males, although adult females also visit them. Mothers reduce the risk of injury or death to themselves, and their kittens, by not revealing their presence to males via scrape sites. However, females in oestrus may use these specific areas to signal their availability to mate. Cougars sometimes scratch the bark of deciduous trees. These scratch sites are likely used for claw grooming, but are thought to form part of a larger communication system (Wainwright 2010).

Known preferences exist to a wide range of cougar habitats. They use an arrangement of habitat types that correspond to different seasons, age classes, and sexes. For example, cougars in BC use lower elevations during the winter, and higher elevations in summer. This is likely due to their stalking of prey between seasonal home ranges. The landscape of habitats for cougars in BC is dependant on location. In southeastern BC, cougars found their annual home ranges in rugged terrain, and prefer steeper slopes within their winter home ranges. On north-eastern Vancouver Island, feeding sites can be found in areas of dense horizontal cover. At the smallest spatial scale, a series of nursery sites are located in rocks, holes, and dense vegetation. Cougars in BC also use old growth trees for nursery sites.

Cougars are opportunistic predators. They use ambush tactics and often stalk their prey. Notably, individual cougars may learn to specialize on prey such as bighorn sheep. Cougars are opportunistic foragers, and therefore some events perceived as predation may actually be scavenging. Cougars in BC prey on a wide variety of species including deer, elk, moose, snowshoe hares, rabbits, raccoons, grouse, bighorn sheep, mountain goats, porcupines, beaver, marmots, and caribou. As well, cougars in BC are thought to rely on marine resources including salmon, and other species scavenged in intertidal zones.

Causes of death are varied for cougars. Non-human causes include intraspecific conflict, disease, and injury during the chase and capture of prey. A male cougar will kill another male over territory, food, and female companions. As of 1976 in BC, all cougars killed by people must be reported to the provincial government (Wainwright 2010).